Scheduled Service to Carcross in 2007

CARCROSS, YT – The White Pass & Yukon Route Railroad (WP&YR) announced today in Carcross that it will begin scheduled passenger service between Skagway, Alaska and Carcross, Yukon Territory in May 2007. 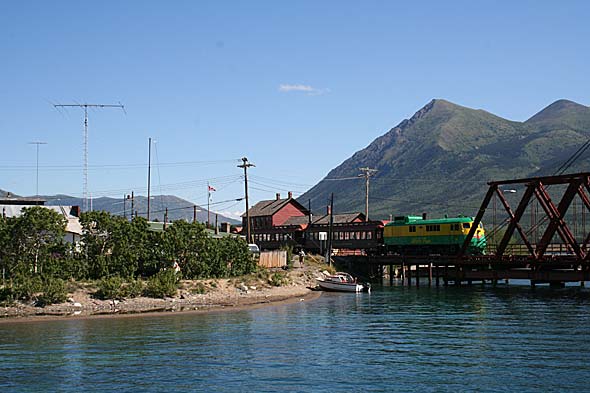 Gary C. Danielson, President of the WP&YR stated, “We’ve been working towards Carcross and this historic announcement for years. We backed up our faith in the future of Alaska and Yukon as a tourism destination with US$8 million in capital investment between the border and Carcross where our maintenance-of-way crews have worked hard to rebuild our infrastructure.”

This announcement was made jointly with Holland America Line on the 106th anniversary of the Golden Spike ceremony in Carcross commemorating the completion of the WP&YR.

The product and market required to justify the expansion and investment was developed with Holland America Line — our long-time partner in travel and one of the north’s pioneer tourism companies. Holland America Line has made the commitment to carry its passengers by train to and from Skagway and Carcross; which will provide an initial base of over 20,000 passengers, giving us the commitment needed to begin service.

The WP&YR will be investing in 5 new passenger coaches and the restoration of 5 wooden coaches this winter to meet the demand of the Carcross program.

Danielson also said, “It took the vision and commitment of two private industry companies to make it happen and to continue the growth of tourism in the north. Together, we will authentically share the beauty and history of this area.”

Danielson added, “With the return of service to Carcross, the WP&YR will again become North America’s longest operating narrow gauge railroad at 67.5 miles. It took 25 years, but we’ve put the Yukon back into White Pass & Yukon Route!” 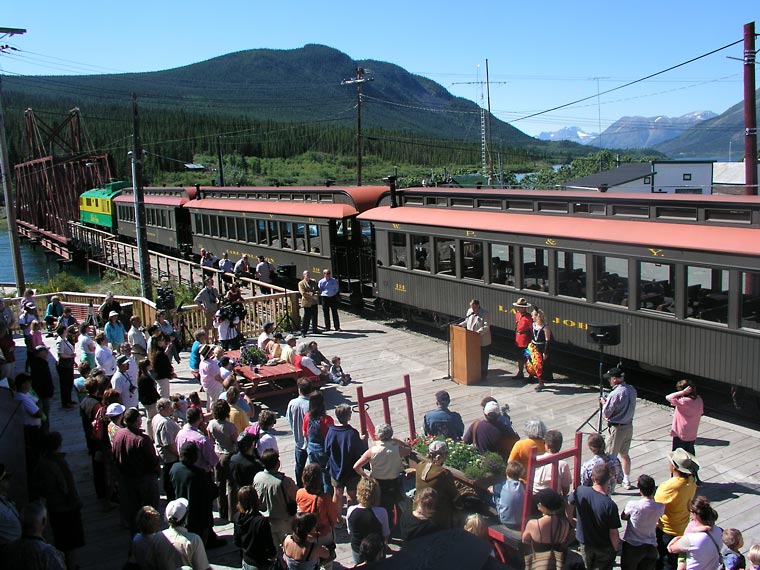 The White Pass & Yukon Route narrow gauge railway was built in 1898 during the Klondike Gold Rush and is an International Historic Civil Engineering Landmark – a designation shared with the Panama Canal, the Eiffel Tower and the Statue of Liberty. The WP&YR is Alaska’s most popular shore excursion and North America’s busiest tourist railroad, carrying over 430,000 passengers in 2005.

For more pictures and information visit our Carcross feature.