Family donates a memorial bench in honor of Allen Arabie 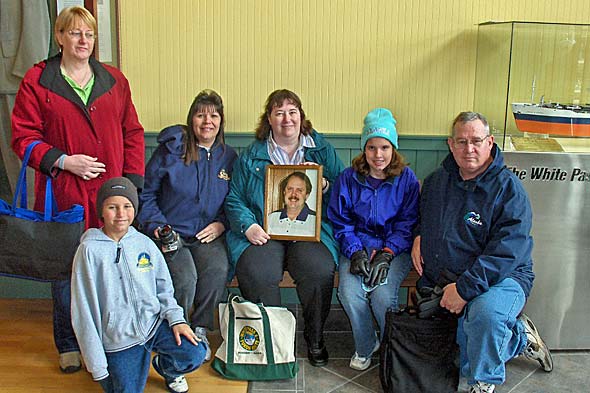 Fulfilling a dream of her late husband Allen, Kathy Arabie took a cruise to Alaska in June 2006. Accompanied by a photo of Allen and five members of her family, the Kathy’s Alaskan cruise honored Allen’s memory and his dream trip. As a permanent legacy for this trip, the family donated a bench to White Pass & Yukon Route which is in the Skagway depot. White Pass officials Michael Brandt and Cody Jennings gratefully hosted the family in the unveiling of the plaque for the bench. 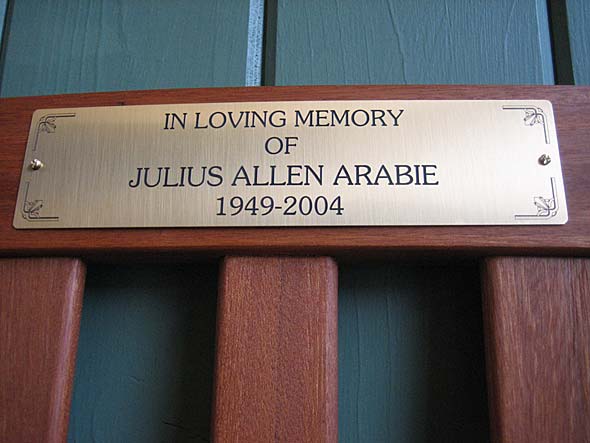