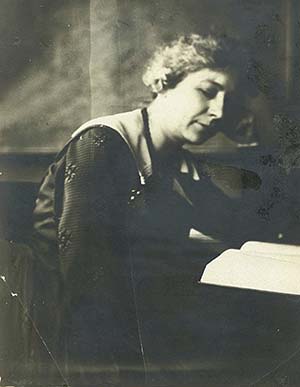 Lida Zwergel began her career as a stenographer for the offices of the Close Brothers, who owned and operated the White Pass & Yukon Route Railroad, where she learned the businesses of railroading and shipping. In 1917, she made a trip to inspect the rail line, and upon her arrival in Atlin, B.C., she learned that the manager of the Atlin Inn—a WP&YR hotel—was unable to run the operation. Zwergel herself therefore stayed and successfully managed the inn until the fall, when the tourists went away for the season. Miss Zwergel became so invaluable to the general passenger agent of WP&YR’s Chicago office that she ran the department when he was out of the city. In 1932, the position was appointed to her, and she became the first woman passenger agent in railroad history.

A passenger agent served more or less as the face of the company; it was Zwergel’s job to sell WP&YR train and shipping tickets to anyone east of the Rocky Mountains. Criticisms and praise to the railroad all fell to her. Men of her time in similar positions told her that as a woman she could not hope to do well at such difficult work, but from her view, “It seemed foolish not to try it out at least.” She said she liked the work immediately, and: “It really doesn’t feel at all different from doing any other kind of work,” she said. Nevertheless, she knew a female in her position was rare, and acknowledged her good fortune with all her past experience, saying, “It does not often happen in just this way for a woman.” She continued in her position until WWII, when the U.S. Army took over the WP&YR. Zwergel died in Chicago in 1949. 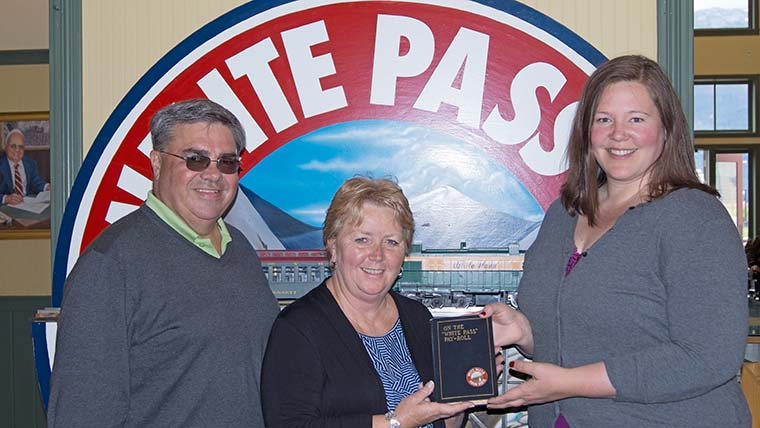 On Monday, July 8, Lida Zwergel’s great niece, Sally McGuire and her husband Dan visited Skagway aboard the Rhapsody of the Seas and took the train just as her great aunt did. To honor Zwergel’s history, Sally and her family donated a 1st Edition copy of Samuel H. Graves’ book, “On the White Pass Payroll,” signed by Graves himself, and given to Zwergel upon her retirement. The book will be adopted into the WP&YR archives, and kept in the vault, with the hope that it will eventually become a part of a permanent display in the Skagway Depot that will feature Miss Zwergel, among other prominent WP&YR historical figures.