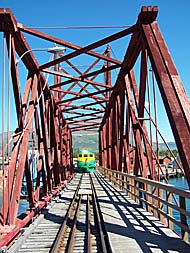 From the sea to the summit to Carcross, Yukon

The train coasts Lake Bennett, filled once by the rafts of gold-seekers, but disturbed now by no more than a ruffling wind or the spatter of water-drops behind a string of ducks rising to fly, clicks along the rails round the bays and promontories, rumbles over a bridge and stops at Carcross.

Once a hunting and fishing camp for Inland Tlingit and Tagish people, Carcross became a key stopover and supply centre during the Klondike Gold Rush. The White Pass and Yukon railway, extending from Skagway through Carcross to Whitehorse, was completed in 1900. With the completion of the railway, Carcross became a major transportation centre. The Carcross railway station is designated under the federal Railway Station Protection Act. Although Carcross still provides some highway services for the South Klondike Highway, tourism has taken over as a mainstay of the local economy.

We’ve put the Yukon back into White Pass & Yukon Route!

After a 25 year absence of service the White Pass & Yukon Route has provided scheduled passenger service between Carcross & Skagway since 2007. For schedule information click here. 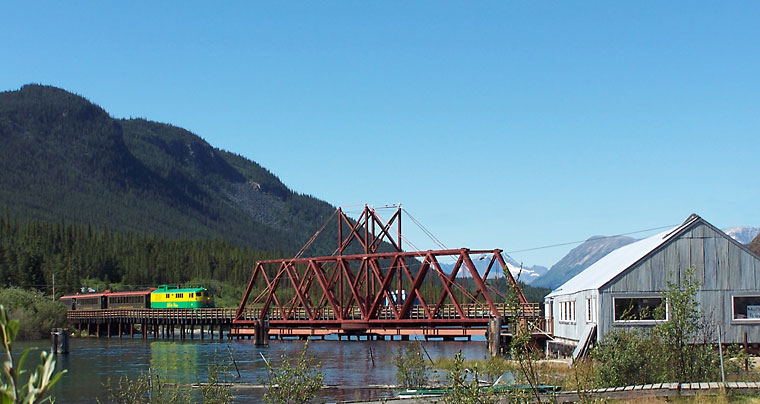